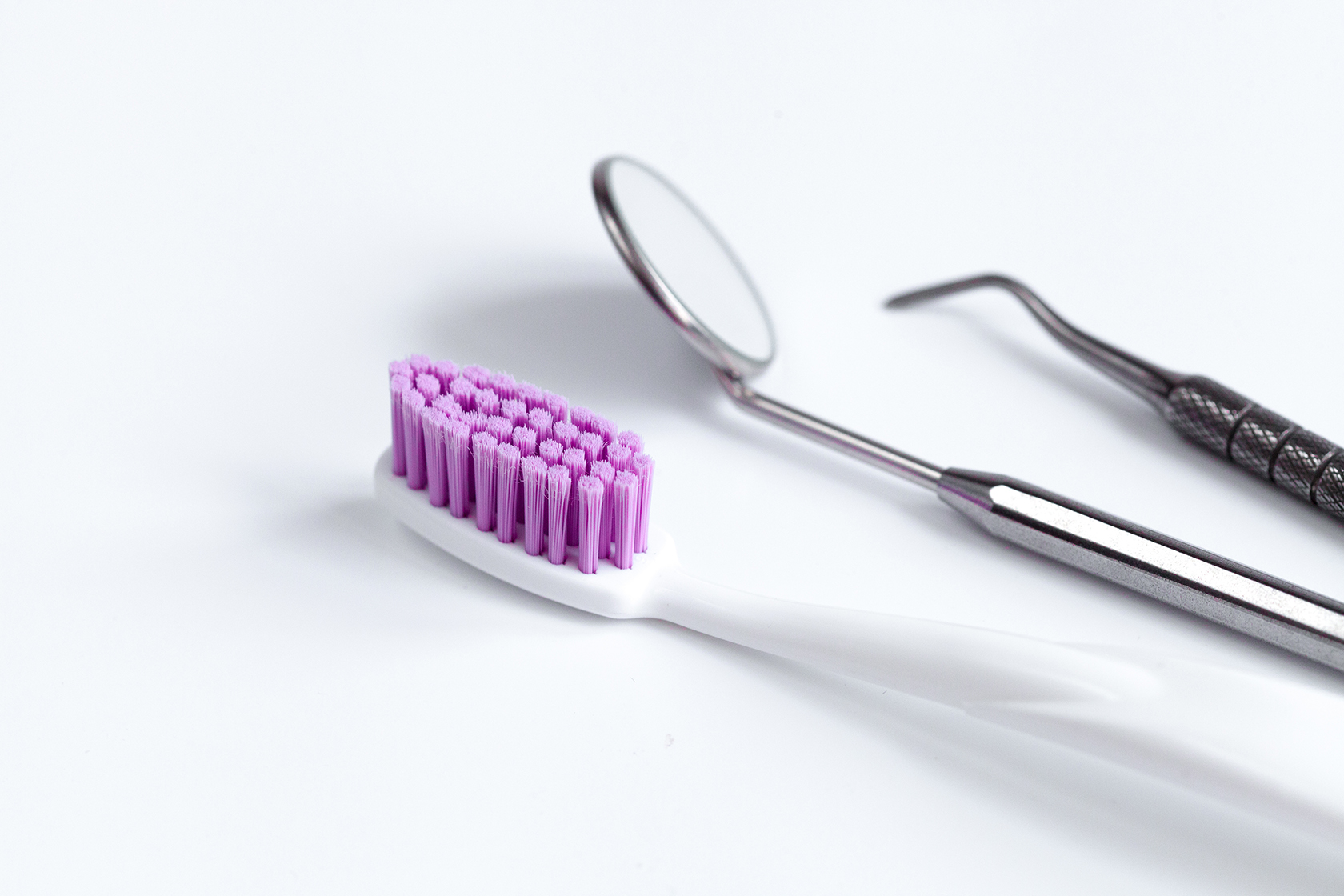 With the best facilities and equipment , you are in safe hands. 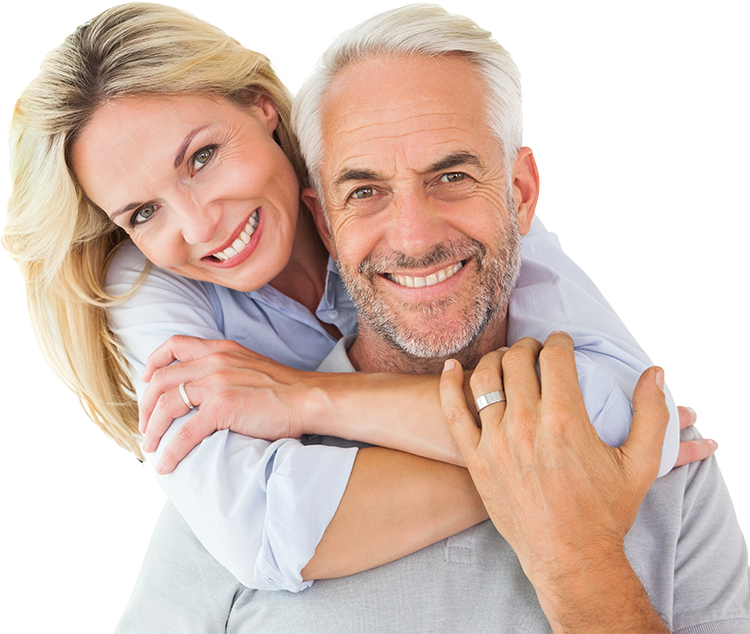 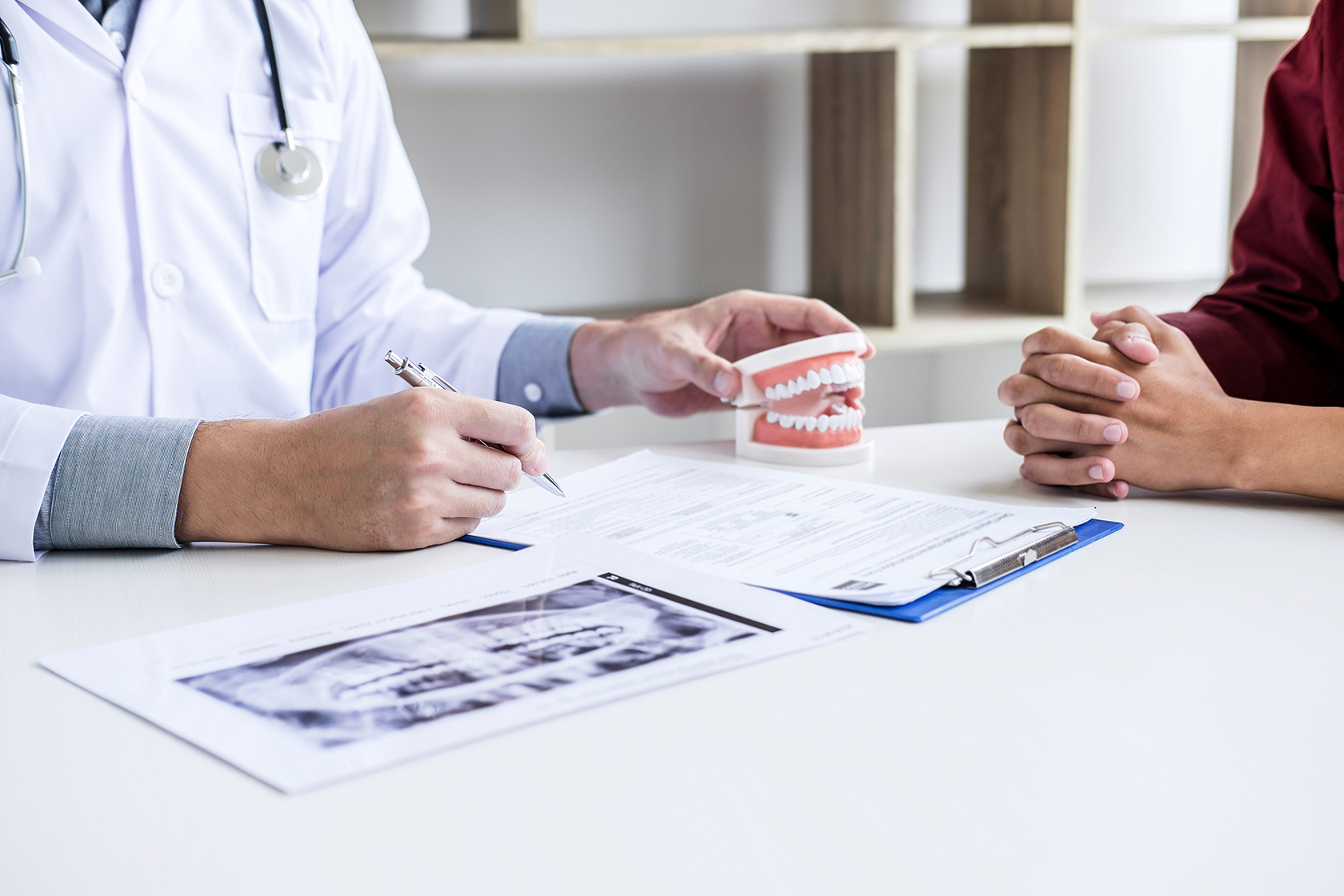 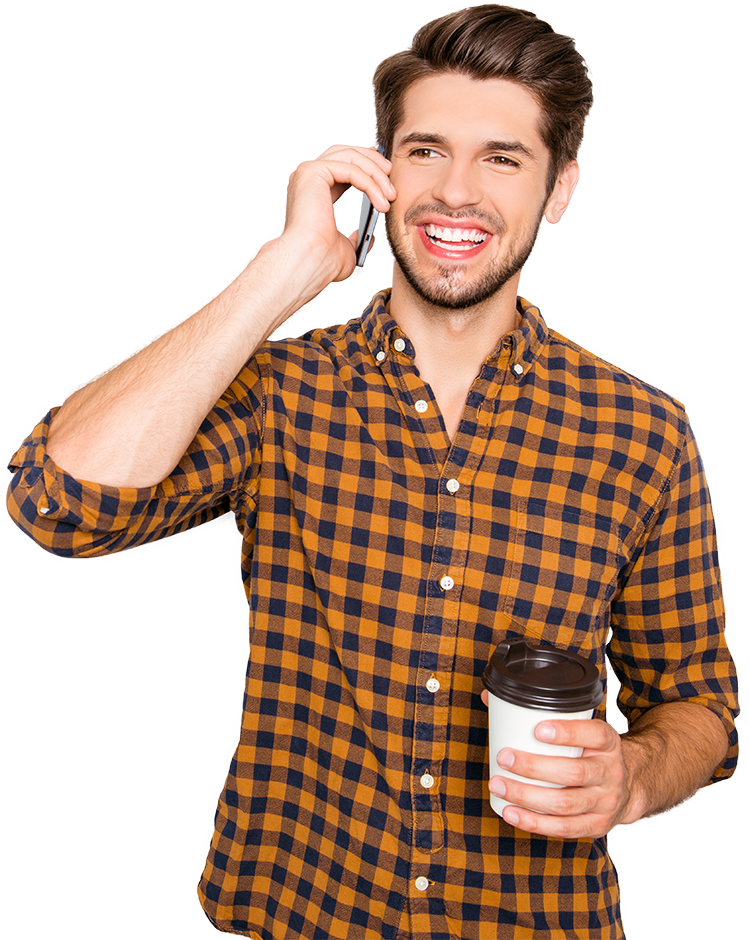 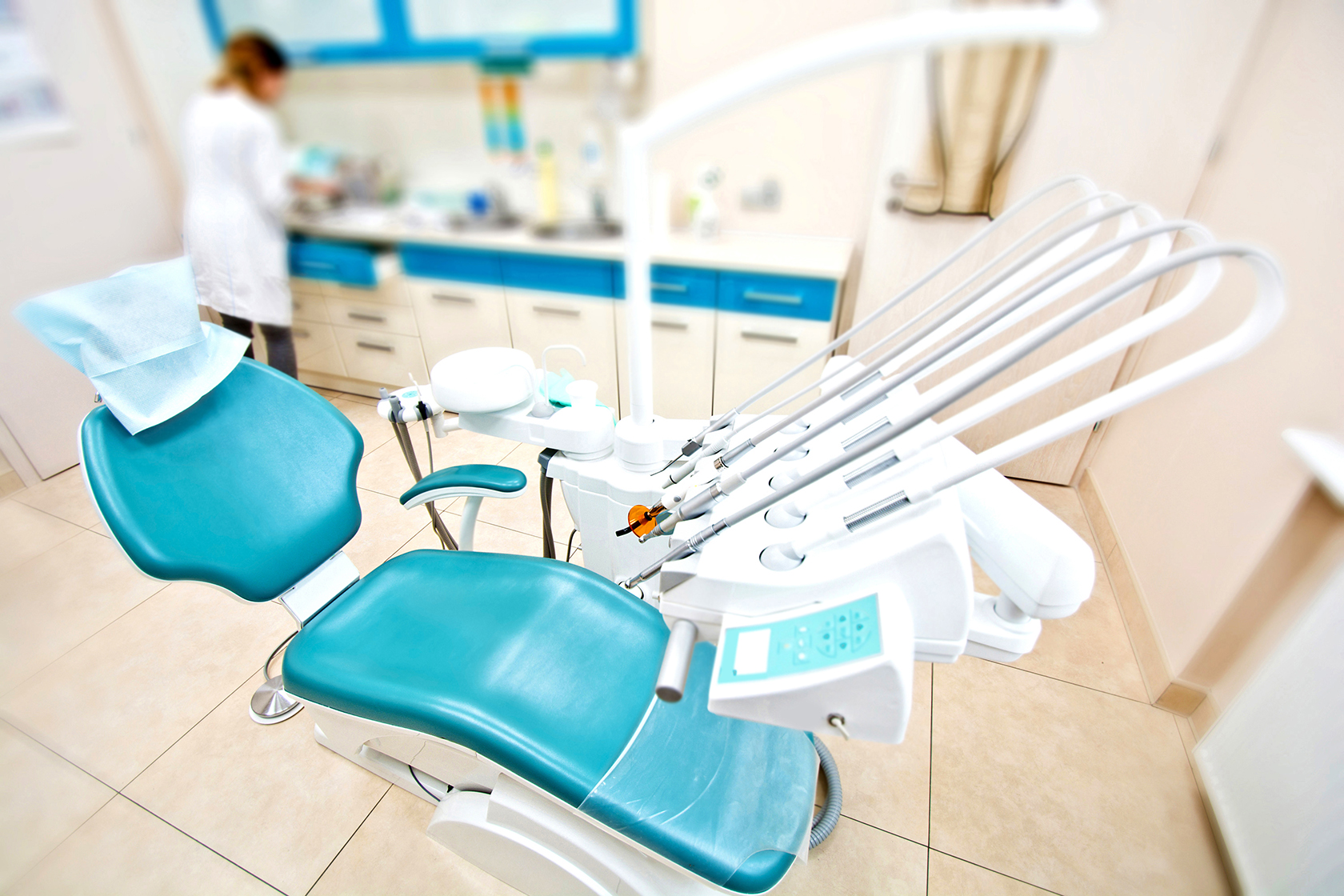 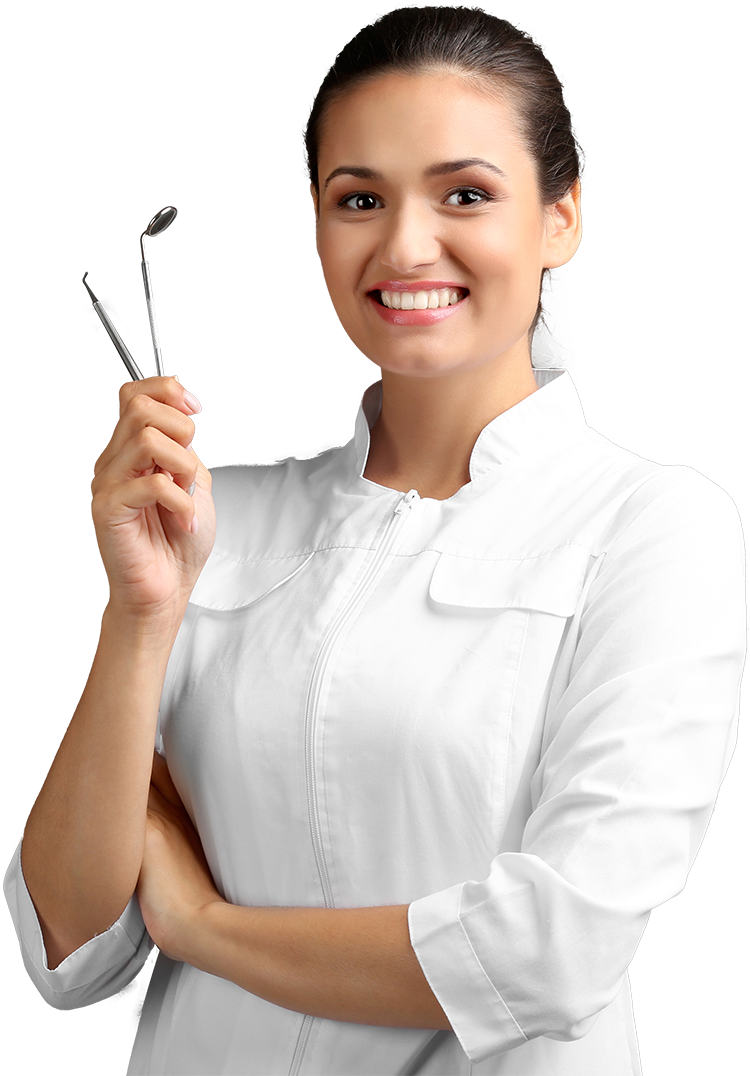 Over 28 Years of Experience

One of the top practices in Costa Rica in dental tourism.

Latest technology in equipment and dental materials that are FDA approved.

DentaVac Dental Clinic is proficient in providing our patients the “All on 4” techniques for replacing teeth in the upper arch and lower mandible.

The all o 8 technique permits the patient to restore an upper or lower arch with porcelain or zirconia bridges.

We use FDA approved implants such as Zimmer, Implant Direct due to their incredible success rates.

DentaVac Dental Clinic in Costa Rica is able to restore your teeth with a variety of crown (cap) types.

Cosmetic dentistry is any dental work that improves the appearance of your teeth, mouth, gums, bite, and smile.

Porcelain veneers are a thin, custom-made shells of porcelain designed to precisely fit over the front of the teeth.

Modern dentistry allows us to use porcelain or composite material that closely matches the appearance of your natural teeth improving the aesthetic looks with structural integrity.

Our Endodontist use advanced technologies and techniques that allows them to complete most root canals in a single visit.

The term immediate load means the ability to place the final crown on top of the implant and abutment within 3 to 5 days after the implant surgery placement.

Our team of dental surgeons are trained to perform many types of procedures that include implant placement, wisdom tooth extraction, bone graft, sinus lift and other procedures.

Due to comfort, implant supported dentures are more comfortable than conventional dentures. 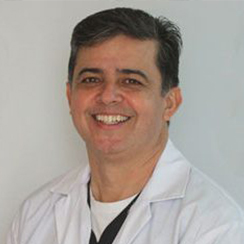 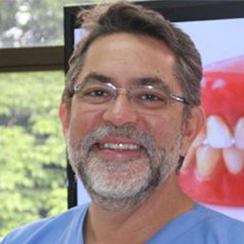 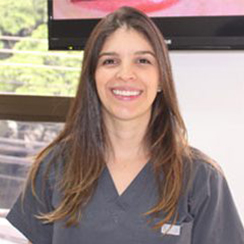 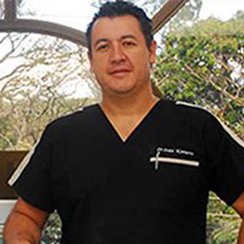 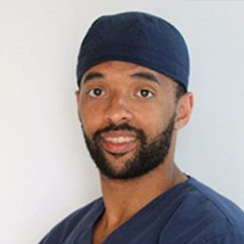 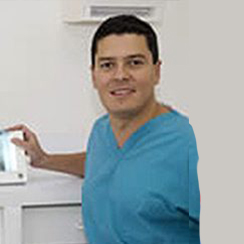 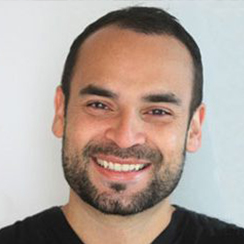 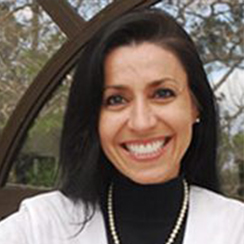 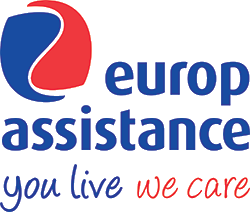 My highest recommendation has been made/will be to friends.” “ Four implants, two root canals, two crowns, twelve composite fillings. DentaVac exceeded my expectations on multiple procedures in every way. Every staff member and team was highly professional, revisiting issues when necessary in the most concerned and friendly manner.

Thank you for your follow-up. I am in the process of gathering all infor received from all dentists in your area and I will be looking at reviews and referrals in order to make my decision. I will contact you again soon.

Absolutely the best experience I’ve ever had in a dental clinic.

How to get there?

Dr. Baez has been part of our group for 23 years. In 1994 he graduated from the University of Costa Rica as a D.D.S. with a emphasis on cosmetic dentistry. Over the past few years he has completed multiple advanced training courses focused on this field and implantology.
Most continuing education courses are in the USA but also in other Latin American countries as well.

Dr. Baez has been a member of the School of D.D.S. since 1994 as well as a member of the Editorial Council of the Entrepreneur Dentist magazine, which is the most widely distributed magazine in the country.

He has also completed an advanced training program in Implant dentistry and has become a member of the International Congress of Oral Implantologists (ICOI). Currently Dr. Baez is dedicated exclusively to private practice and the care of his patients.

In 2002 he completed his Masters in Unibe Hospitality Management. During the 33 years of his career, he has focused mainly on oral rehabilitation and cosmetic dentistry.

Annually he participates in conventions by completing ongoing advanced training courses in the USA and other Latin American countries.

Dr. Acosta has been a member of the School of D.D.S. since 1988. He is the founder and head of the Entrepreneur Dentist magazine since 1997.

Dr. Acosta was also a member of the Financial Committee of School of Dentist Surgeons (2003-2004), member of the FDI. (International Dental Federation)

In 2007 Dra. Gabriela Sibaja graduated as Doctor in Dental Surgery from Universidad Latina de Costa Rica and became member of the Costa Rican Board of Dentistry. During the same year she did a Prosthodontic Internship at the University of Valencia, Spain.

In 2011 she completed the Implant Dentistry Training Program from ULACIT, accredited by the University of Miami, ICOI and the Costa Rican College of Dentistry and became an active Member of the Implant Prosthodontic Section of the ICOI, the IPS.

Dra. Montserrat Chacón graduated from Universidad Latina de Costa Rica as D.D.S in 2008 and was accepted as a member of the Costa Rican Board of Dentistry during the same year.

In 2008-2009 she worked in Limón as part of the Social Service program of the Caja Costarricense Seguro Social. From 2009 to 2010 she did a Prosthodontics Internship and courses at University of Costa Rica.

Dra. Chacón has been part of our group for 9 years.

With over than 20 years of experience in dental implants and more than 5000 implants placed and restored. Dr. Navarro graduated in 1990 from the University of Costa Rica as a Doctor in Dental Surgery. In 1996 he completed the Oral Implantology Fellowship program in the University of Miami / Jackson Memorial Hospital.

Over the past years he has been a leader on the field of oral implantology. Dr. Navarro form part of the Oral and Maxillofacial Surgery Division of the Mexico Hospital and is the Director of the Costa Rican Implant Dentistry Program of the Latin American University of Science and Technology.

Dr. Navarro has more than 40 publications in national and international journals. He is Master of the International Congress of Oral Implantologists and Member of the Academy of Osseointegration. Dr. Navarro dedicated is practice to the surgical and prosthetic phase of oral implantology.

Member of the Costa Rican Academy of Periodontology.

Member of the International College of Oral Implantology.

Dr. Ramirez graduated from the Universidad Latina of Costa Rica as a doctor in dental surgery in 2004 and was accepted as a member of the Costa Rican board of dentistry during the same year.

Dr. Ramirez currently dedicates his practice exclusively to endodontics since 2008, he believes in continual education, that’s why he attends periodical postgraduate learning programs and meetings such as: Mexican Association of Endodontics in the years 2008, 2009, 2010; Guadalajara Endodontics regional meeting in 2009, 2010, 2011 and 2012; Costa Rica continual education programs for the a.c.c.o. in 2010 and 2012.